Li Surìi is a holiday complex situated within approximately ninety acres of olive groves, vineyards and Mediterranean vegetation, nestled on a hill over the sea between Manduria and Avetrana, just a few steps away from the crystal clear waters of the Ionian Sea. Cradled in Salento, a distinguished region rich in history, the estate consists of a farm and two beautiful historic structures, "La Masseria" and "Trappeto". The Trappeto is a building from the 1700’s that spreads over three levels. At one time, the underground part was used for the processing of olives for the production of lamp oil destined to light the city of Paris; meanwhile the first floor was used for all other stages of processing – for storage and loading, and to house the many workers employed. The farmhouse, “La Masseria”, is undergoing renovation of its workspaces, the courtyards, the sheepfolds and the large manor house, which presents top floor suites of rare beauty.

The unique atmosphere of the Salento area, the sea and the gentle landscape of Puglia offer the ideal conditions for any event. Li Surìi is an elegant choice. Years of dedication and extreme professionalism make this resort an inspiring haven. Centuries of history and farming traditions serve a selected clientele: our food, our halls and high attention to detail are the result of years of planning, determination and love for high quality.

The geography of the Salento region corresponds to the old “Terra d'Otranto”, which included the province of Lecce, almost all of Brindisi and part of that of Taranto. It is sheltered by the Adriatic Sea to the west and the Ionian Sea to the east.

Salento is located in the lower part of Puglia’s coasts where tourism is a natural vocation. It is a magical land that knows how to inspire and to impress: you will be fascinated by its history, the legends that comes through its tales, various tributes and the traces of many cultures that over the centuries have come and gone. The landscapes are breathtaking: the sun, the Mediterranean Sea, its coasts and a gentle but steady breeze make this land among the most beautiful in the world. A mix of art, primarily Baroque, culture and tourism, make it amazing for those who live here and those who visit. All along the Salento coast you can see the soft beaches and rocky edges over a transparent sea. On the interior fields of olive trees, vineyards, dry stonewalls. To frame this wonderful setting are the flavours of the table, evocative culinary combinations in accordance with the old traditions.

Li Surìi is situated in a working farm of about ninety acres. Thousands of olive trees, often monumental, a characteristic of Puglia, testify to the great agricultural vocation of the territory. Even today, the generous production of olives allows you to enjoy very high quality oil. Li Surìi cares and is devoted to organic farming, which allows the production of oil to maintain the original sensorial and organoleptic characteristics of the area, Puglia, known for its permeable soils and its welcoming climate throughout the year.

The farm Li Surìi, thanks to the characteristics of its soil, a strict reverence for local traditions, as well as the rules of organic agriculture implemented by expert agronomists, provides excellent quality grapes from primitive vines.

Sun, sea and a light breeze, but also the prodigious flavours of a magical land, warm and rich fragrances. Salento has soft and welcoming arms, like its beaches, the winding coastline and the hills that the sun kisses continuously throughout the year. The ancient land of Salento reveals its beauty on first impact, bringing us peace and joy, winning us over with the serenity of its slopes, the lightness of the sand, the subtle charm of its tales: ancient traditions are perched on castles, palaces and churches revealing indelible footprints of ancient legends and conquests. Dry stonewalls and narrow streets that run along large stretches of endless golden fields protect a heritage of wisdom and folklore.

This is the story of Salento, one that attracts, seduces, fascinates, a story that is manifested in the sunny corners of this enchanted land, where every element of nature reaches perfection in a balance of colours and fragrances, lights and traces of a glorious past. Salento is a well lived land, with its ancient olive trees and the long stretches of wheat fields and vineyards; and is a land of mystery, with its sunsets, its sunrises, its popular festivals steeped in magic and wonders, for the enthusiatic enjoyment of thousands and thousands of tourists.

Li Surìi is the starting point for unforgettable itineraries. It is easy to reach, but it is even more exciting to get lost in the countryside and historic towns surrounding it. From its hill you can admire the Ionian Sea, while the three "capitals" are almost equidistant: 20 minutes from Taranto, 30 from Lecce and 40 from Brindisi and its airport. A few kilometers away is Manduria, city of the Messapi archeological park and of Primitivo wine, and is also very close to Oria with its majestic castle made ​​famous by Frederick II. The tourist centers of Porto Cesareo, the fascinating Gallipoli and the golden beaches of Ugento are among the favorite destinations of travelers from around the world. 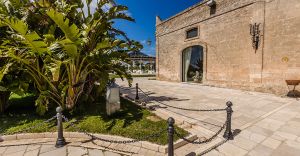 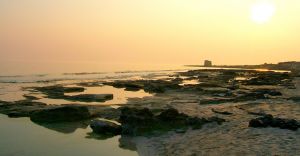 The geography of the Salento region corresponds to the old “Terra d'Otranto”, which included the province of Lecce, alm... 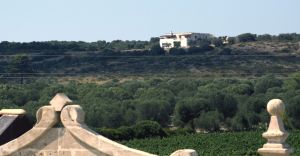 Li Surìi is situated in a working farm of about ninety acres. Thousands of olive trees, often monumental, a characteristic of Puglia, te... 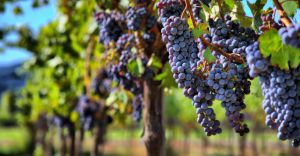 The farm Li Surìi, thanks to the characteristics of its soil, a strict reverence for local traditions, as well as the rules of organic a... 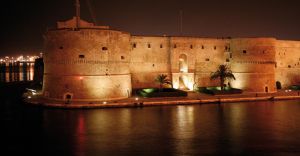 Sun, sea and a light breeze, but also the prodigious flavours of a magical land, warm and rich fragrances. Salento has soft and welcoming arms, lik...